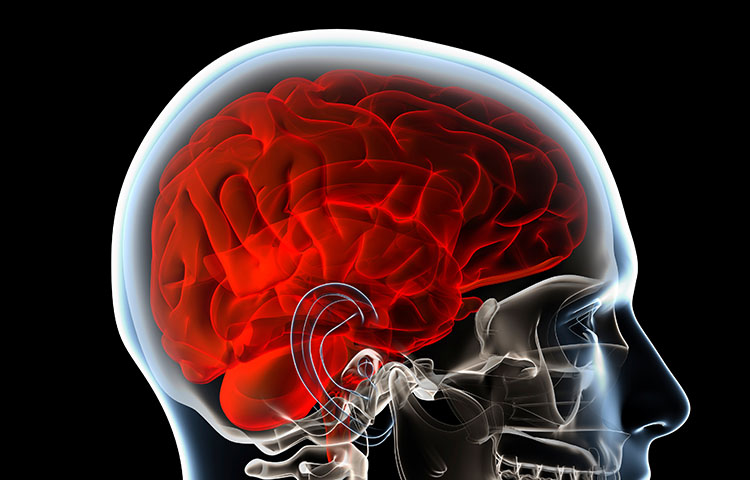 Researchers performed neurological cognitive testing and functional MRI scans on 21 high-school football players prior to the start of the season. The players wore sensors in their helmets that indicated the direction and the intensity of collisions to their head throughout the season. 11 of those players were evaluated after the season because they had received a concussion, had an unusually high number of head collision or had a particularly intense head collision.

The three players that had a concussion performed poorly on a neurological cognitive testing and had brain impairment visible on functional MRI scans, as expected. But among the eight players without concussion, researchers were surprised to find that four of them also exhibited neurological impairment. Those players had decreased neurological activity levels in the part of the brain dealing with working memory (especially visual memory).

Researchers concluded that these findings were consistent with other research that suggests that professional football players without concussions can still develop a degenerative brain disease known as chronic traumatic encephalopathy.

This research highlights the importance of athlete and coach safety education. Sometimes even when players experience symptoms, they neglect to report those symptoms for fear of being taken out of the game, researchers pointed out. Yet this can cause more serious problems down the line. If you have a teen that plays football or hockey, talk to them about the seriousness and high risk of brain injuries among collision-sport athletes. Consult with a doctor about preventative measures and proper treatment to ensure your teen is playing it safe.