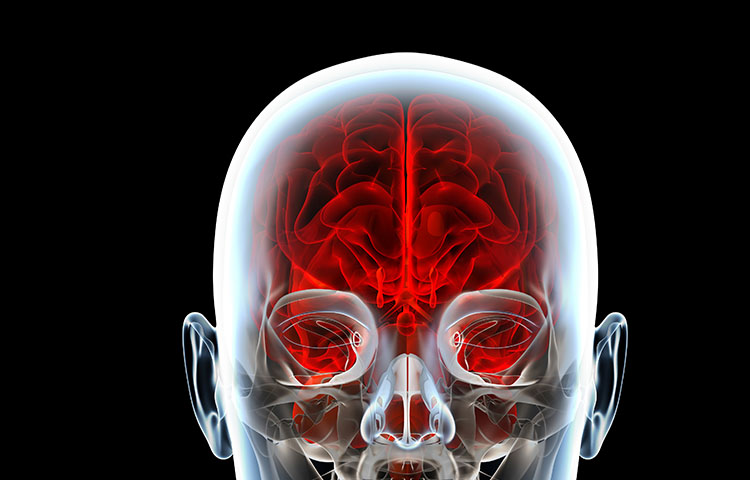 Brain injection could save lives of head-trauma victims

A newly developed brain injection could help save the lives of soldiers wounded in battle and other victim of severe head injuries. The injection contains nanoparticles that help stabilize bloodflow within the brain when injected moments after the injury.

Combined polyethylene glycol-hydrophilic carbon clusters, or PEG-HCC, has already been shown to enhance cancer treatment. Now, researchers believe that it could also be used as an emergency treatment to help the brain's vascular system recover following severe head trauma.

The PEG-HCC particle is being developed at Rice University, and tested in collaboration with Baylor College of Medicine. In animal studies, injections of the particle during immediate treatment following head injuries helped to restore the brain's vascular system balance.

During a traumatic brain injury, cells release a substance known as superoxide, or SO, into the blood. This toxic free radical is normally used by the immune system, and is typically balanced with superoxide dismutase (SOD). But head trauma releases too much SO, overwhelming the brain's natural balance and disrupting the sensitive circulation system in the brain. This lack of equilibrium and regulation can result in brain damage beyond that sustained in the initial trauma.

In tests, the researchers found that PEG-HCC nanoparticles immediately stopped SO activity, allowing the circulatory system to quickly regain its balance and limit further brain damage. In addition to its possibilities for brain injury treatment, this finding also has implications for stroke victims and organ transplant patients.

Walford, Charles. The brain injection that could help save lives of soldiers in battle and other victims of serious head injury. Daily Mail. August 24, 2012. Accessed September 10, 2012.

Kids Have High Risk of Brain Injury After Auto Collisions

Does Concussion Require Loss of Consciousness?