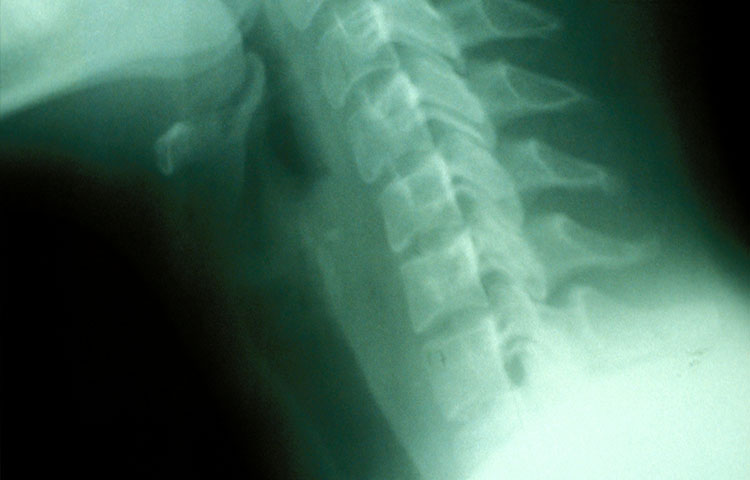 Pilots in high-performance jet aircraft are repeatedly exposed to high acceleration forces during flight, placing strain on the neck. This can cause neck injuries in a similar manner to whiplash associated injuries occurring during auto collisions.

With repeated whiplash-like exposures, F-16 pilots reported a high prevalence of neck and shoulder pain. In a previous study involving 44 fighter pilots, 85% reported some type of neck injury associated with flying. In another study of 200 F-16 pilots, 58% had experienced an acute neck injury in the past three months. A recent study sought to determine whether exercise training could reduce neck pain in high performance jet aircraft pilots.

Fifty-five F-16 pilots were involved in the study. At the start of the study, 82% of participants reported experiencing neck pain in the last year. MRI imaging revealed significantly greater degeneration of the C3-C4 disc and increased disk degeneration in the neck of fighter pilots frequently exposed to high G-forces. The majority of pilots (95%) had shoulder joint or muscle trigger point tenderness indicating injury.

Half of the pilots underwent 24 weeks of training, while the other half did not receive any treatment. The training consisted of 20 minutes of exercise performed 3 times per week with a focus on improving strength, endurance, and coordination.

Over the course of the study, neck and shoulder pain were measured on an 11-point numeric scale to track reduction in pain and evaluated with a clinical examination. The pilots who underwent exercise training reported significant reductions in neck pain intensity, while there was no such reduction in the control group. Twenty four weeks of targeted training - combining deep neck muscle, strength, and endurance training - proved to be effective in reducing neck pain among these pilots.

These results confirm findings from previous studies showing the benefits of exercise therapy for whiplash patients.

Do Women Have a Higher Risk of TMJ Disorders?