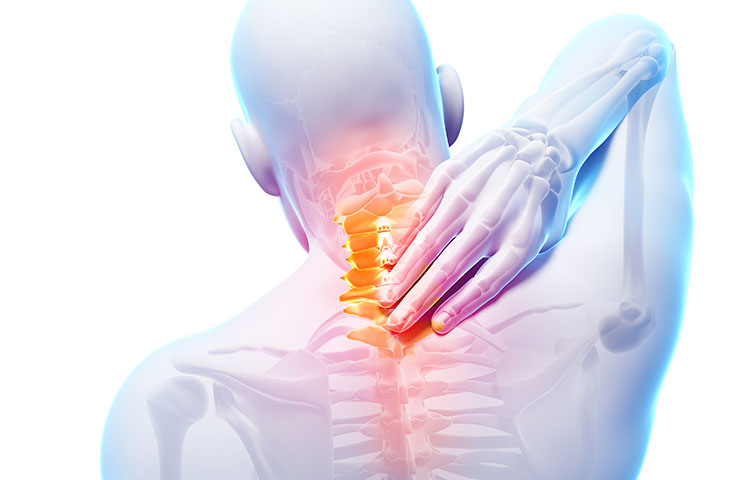 The goal of this study was to compare car crash patients to patients with fibromyalgia and non-traumatic neck pain, and to determine if there was a particular pain pattern unique to those who had been in a collision. Of the subjects, 47 had an auto injury, 21 had fibromyalgia, 17 had non-traumatic pain, and 15 patients suffered from depression.

"Our findings support the hypothesis that the most severe musculoskeletal pathology after whiplash is found in the upper part of the cervical spine. They are consistent with the biomechanics of the injury and the findings by Barnsley and Lord and colleagues of a painful C1-2 facet joint dysfunction. In contrast, trigger points in the other patient groups and in healthy people were predominantly found in the lower cervical spine and the shoulder girdle."

The pattern of tension in the neck is especially important, because of the important nerves that travel through the neck:

"In some patients, the myofascial tension of the scalene muscles causes a functional thoracic outlet syndrome that may in some cases explain the complaint of brachialgia."